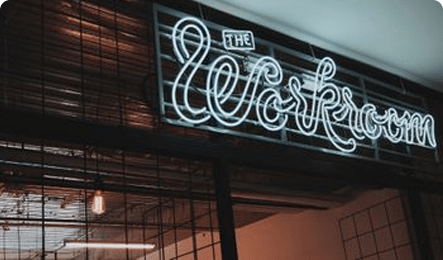 Aggressive hiring and its impacts on a broader ecosystem

Talk about a caste system among tech startups. Words like disruption,  unicorns, stealth mode, MVP, exit strategy are bandied around nonchalantly when it comes to funded ventures. This is all fine and dandy, but let’s pause to consider the deleterious effects they have on others in the tech industry, that are not as “glamourous”. The data shows that more than 90% of startups eventually fail, including big brands that become household names for a year or two, but slowly fade from collective memory. But the damage they cause to the industry is real. Let me clarify that I am not throwing shade at all startups here – I personally know and admire several absolutely brilliant, driven, and skillful people leading such ventures. This is a generalization based on averages. Why, let’s even assume that all of them, even the ones that fail within the first year, start with honorable intentions and a noble vision. If led by a passionate and confident founder, raising funds is relatively easy. And this is where the trouble starts.

In case you haven’t observed, startups are always in a hurry. They want to move to POC in a month, to MVP in two months, alpha, beta, gamma, the works. In their defense, they do have investors breathing heavily down their necks. So, with all the vision and money but none of the implementation wherewithal, what do they do? They plug the gaps as best as they can. So, they go all out to hire, and hire quickly. More often than not, the skills and processes for hiring that are built over years in more traditional companies are sorely lacking in a quickly cobbled together team. The end result is that they spoil the market, making offers to candidates far beyond what is commensurate with their skills, or what they would have been offered otherwise. In a word, irrational.

Now consider the startup that decided to bootstrap. It cannot be considered “not-a-startup” just because they are not constantly pitching to VCs and trying to get funding, or talking the parlance of Series A, pivot, angel, and the related universe. Indeed, there is an argument for considering them more credible, since they are constantly displaying the ability to provide real value to customers while sustaining themselves from the day of inception. But what a problem these tech services startups face! With services, the only way to grow is to scale – and only linearly – at least until they decide to fund themselves to make a product, but that typically takes time. And to scale, they require solid, reliable talent.

It doesn’t matter whether this startup specializes in skillsets that are rare and in demand, or if it has a culture of technological excellence and great cross functional training. When they hire, they have to compete with the packages given by the funded startups. If a mediocre engineer is at a ludicrously high salary, it is unlikely they the bootstrapping startup can match it – no matter that they did not even like the candidate to begin with. This is true even for bootstrapped startups that pay premium salaries by service company standards. Hiring becomes extremely challenging. Finding even one right person willing to grow organically while acquiring solid skills takes much longer than it used to, say, 10 years back. Why choose such a path, indeed, when a meteoric one is there for the taking?

One can argue that this is the free market. However, the sky high salaries at Indian startups have come under the scanner. When a startup winds down its operations, or the employee is relieved from duties, they continue to believe that they are deserving of X+ salaries. This mass delusion skews the market in more ways than one.

Companies like Ola, Flipkart, and Snapdeal (remember?) have quite often tasted success by aping foreign companies. Even the successful ideas are not original. The market is a very complex place with so many variables that no one can claim to quite understand the various contributing forces at work, or how the interplay between them will manifest. But we have a strong intuition that the current irrational salaries are being artificially propped up, and it won’t be long before this flimsy structure comes crashing down. When that happens, people who have made their careers in the tech industry have to find themselves with real, employable skills if they want to land on their feet.

Aggressive hiring and its impacts on a broader ecosystem